What is 3D Origami? 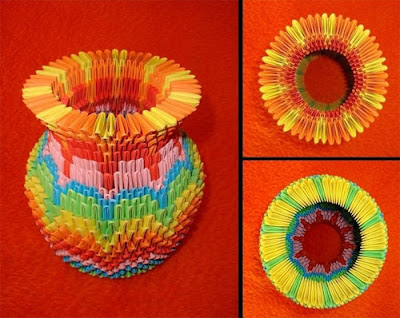 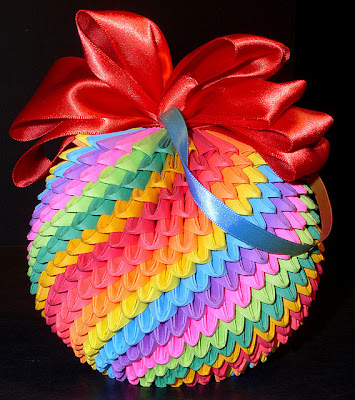 3D Modular Origami/Block Folding/Golden Venture Origami/ is a branch of origami where the piece is not made out of one singular piece of paper, but made with many pieces, each folded the same way. It became popularized in the 1990s, when illegal Chinese immigrants aboard a ship called "The Golden Venture" tried to smuggle into America cleanly and quietly. Each of these Chinese immigrants (about 300 in total) had paid $5,000 and promised an additional $30,000 to be brought to America. Unfortunately for them, they were quickly caught and brought to jail to be detained and later deported. 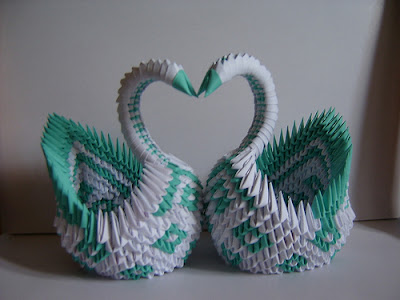 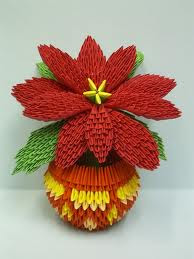 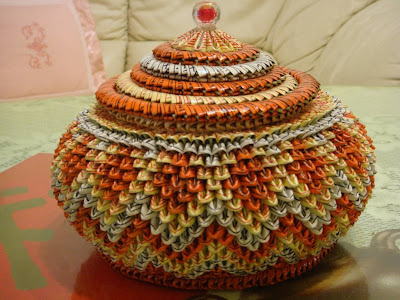 Many of the immigrants sought to soothe their troubles through creative expression. In prison, these immigrants created beautiful and elegant sculptures using everything from magazine pages to toilet paper. The pieces they created, specifically birds, are known as "Freedom Birds". Today, around 30 people from the Golden Venture are living in the US. 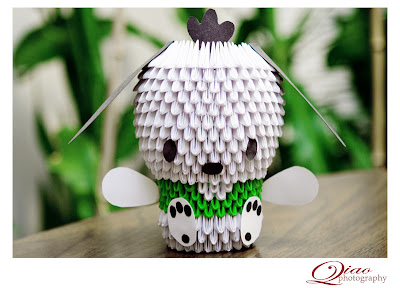 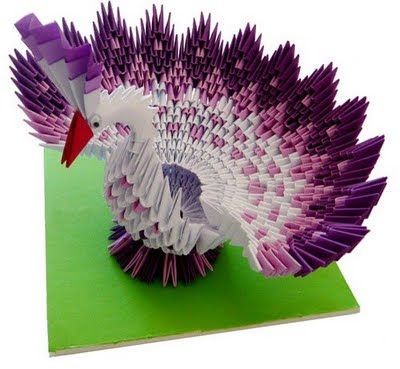 DESCRIPTION
This form of origami is absolutely stunning. Each sculpture consists of dozens and dozens of triangular-shaped pieces, but from afar it seems to be one rippling structure. The reason it can stay together is because of the ingenious structural components. 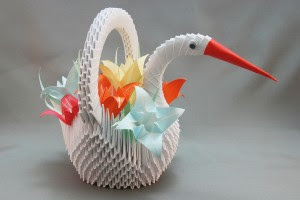 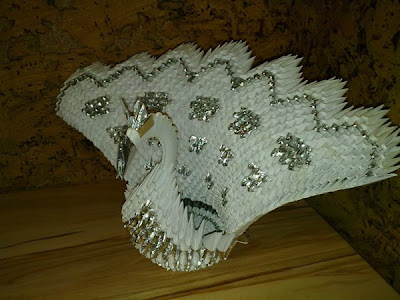 But bear in mind; this kind of origami is very time consuming! Don't expect to finish a sculpture in 30 minutes or so. Depending on how many pieces you need or how big the sculpture is, it can take anywhere from one hour to more than a week! But they are worthy and surely impressive. 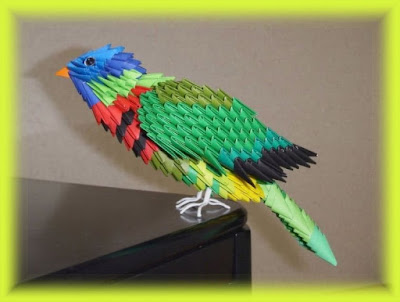 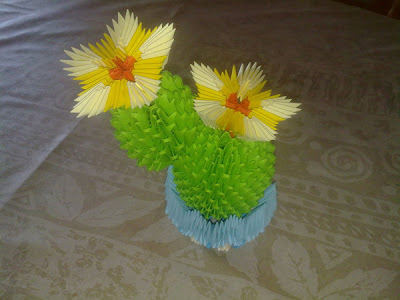 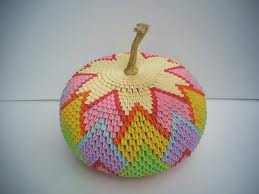 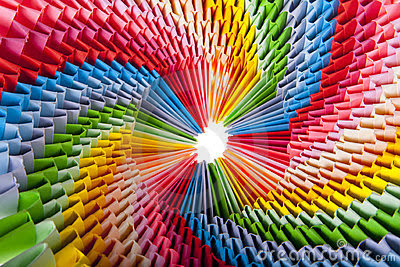 MORE BEAUTIFUL CREATIONS IN THIS VIDEO:
Posted by Origami Maniacs at 2:15 PM